Sideline Power is excited to announce the launching of a new product. Starting this month, Sideline Power is now an official dealer of DJI, the leading manufacturer of aerial photography systems and drones. Sideline Power will be offering three sports-based drone packages, starting at just $1,950. CEO Matt Starr had this to say, “We strive to be a leader in technology and communication that will help coaches in any way possible. We believe that with our new partnership with DJI and their drone systems, coaches will get some unparalleled advantages that we’ve never seen before. It’s definitely cutting edge.”
The NFL recently made headlines for announcing they are beginning to use the exact same drones Sideline Power offers to film their practices. Similarly, some major college programs have already began using drones in practice, most notably UCLA where head coach Jim Mora has been outspoken about the advantages in the new camera systems. Sideline Power has also been testing out the new products at some local high schools. National Sales Manager Marc Sheil said. “After a couple demo runs at a few practices, it’s obvious that drones provide huge value for filming literally anything you want to see. The quality of the video, the unique angles, and the ease of use make these drones such an amazing coaching tool.”
The three drones Sideline Power will offer in their packages are the Phantom 3 Advanced, the Phantom 3 Professional, and the Inspire 1. Information about the packages can be found at https://sidelinepower.com/drones or by call 800.496.4290. 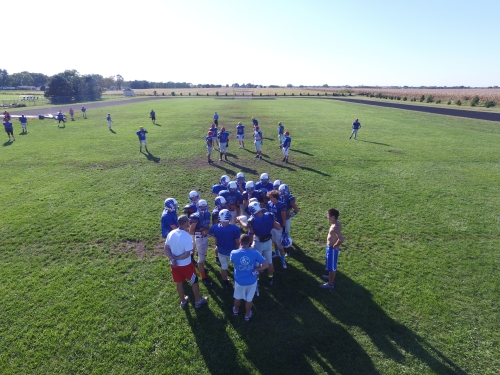