Home » About Us » Meet Our Team

Home » About Us » Meet Our Team

WELCOME TO OUR CRIB! 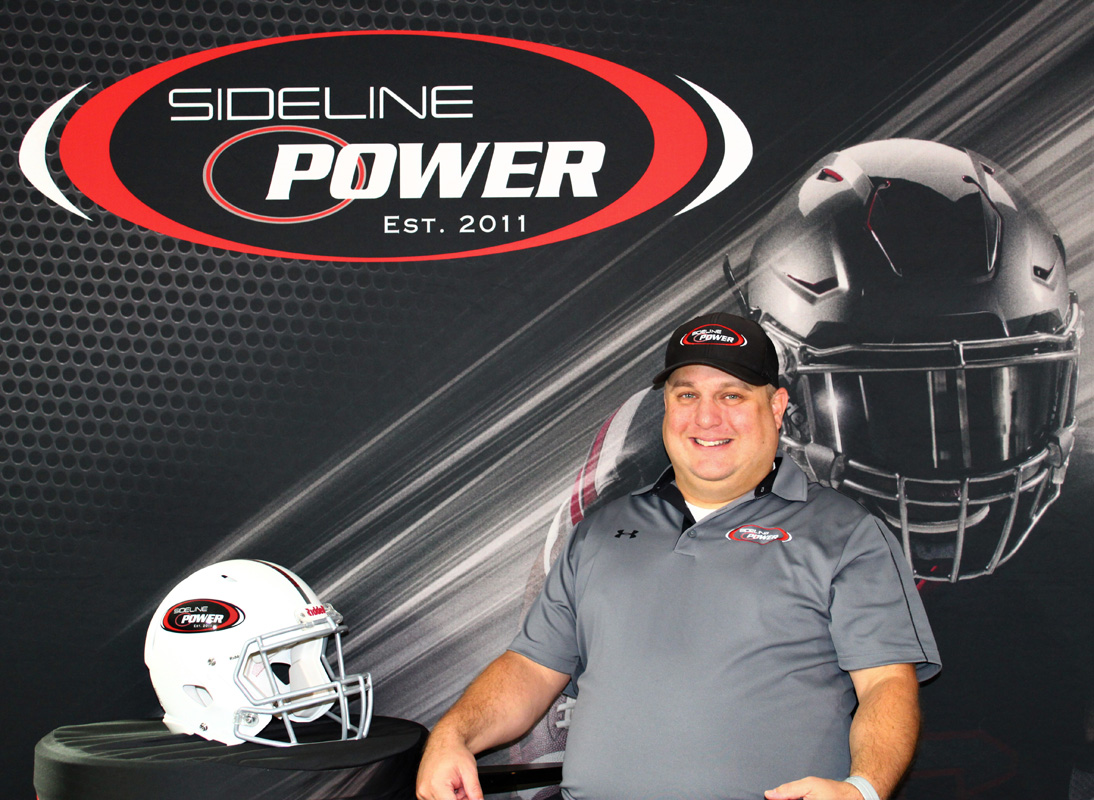 Matt Starr is the Founder, President, and CEO of Sideline Power. Matt has been a entrepreneur in the sports industry all of his life.  Matt has always carried a passion for sports and business and at the age of 15 molded both into one by starting a sports card company with some close friends. The business grew enough that they opened a small office and show room in Greenwood and had clients traveling from all across the state to buy, sell, and trade sports cards.

Matt went on to Wayne State College where he earned his Bachelor’s Degree in Sports Marketing Management. He then proceeded to enroll in post-graduate studies at the University of Nebraska at Lincoln for his Master’s Degree in Business Education. After college, Matt continued to pursue his passions of sports marketing. He held several managerial positions with local professional and semi-professional sports teams such as the Omaha Beef, Lincoln Lightning, Lincoln Capitols, and Lincoln Thunder. Matt continued on the path of success as the Director of Marketing for the USA Olympic Committee for Roller Sports. In 2006, Matt was brought on board with the fledgling company, Digital Sports Video (DSV). Over the next five and a half years, as the National Sales and Marketing Manager, Matt help developed the company into a multi-million dollar per year operation and worked with some of the top collegiate football programs throughout the nation. When DSV was purchased by HUDL in 2011, Matt decided to continue following his passion of working with football programs. He founded Sideline Power in July of 2011 and now focuses on specializing in coaching communication. 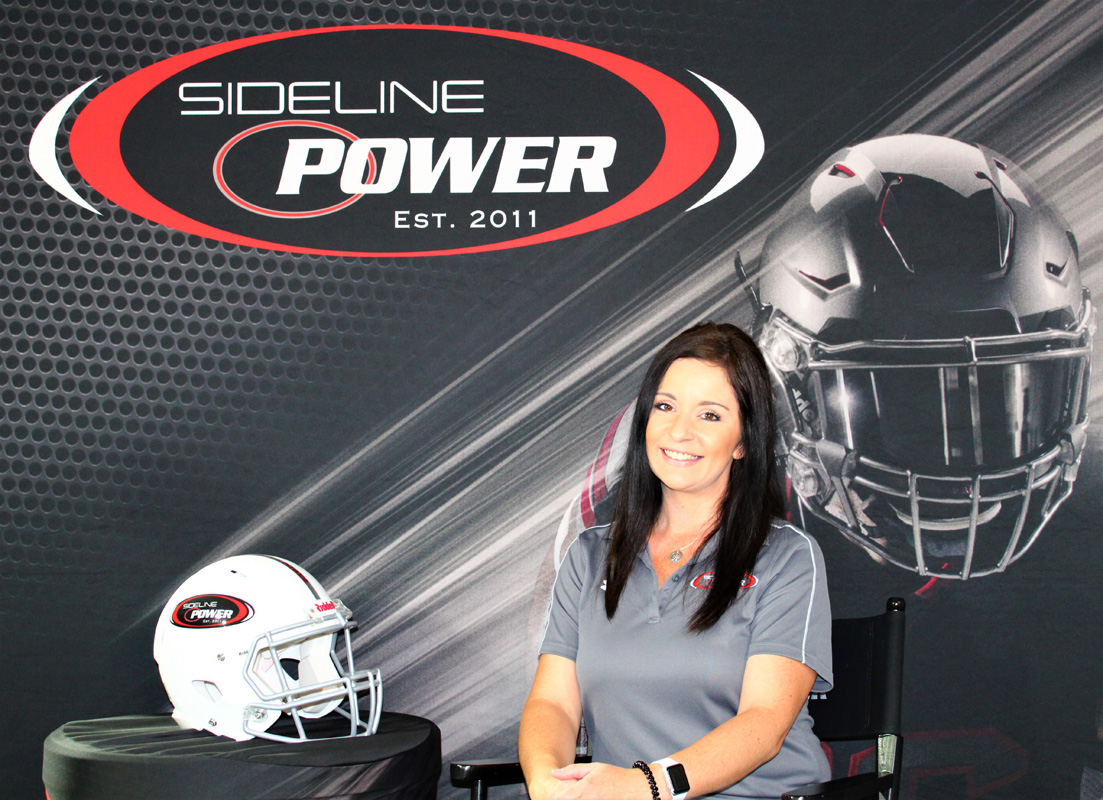 Jackie Starr runs the office as the office manager. A true Nebraskan, Starr is a Runzatic to her core. Managing the day to day operations of a multi-million-dollar company can be overwhelming, but with her strong time management and organizational skills, Starr makes it look easy. When she does get some down time, she enjoys spending time with her three kids and putting her artistic side to good use crafting things for around the house. Starr is a die-hard Packers fan and one of her bucket list items was fulfilled when she was able to get an autographed picture with Aaron Rodgers. 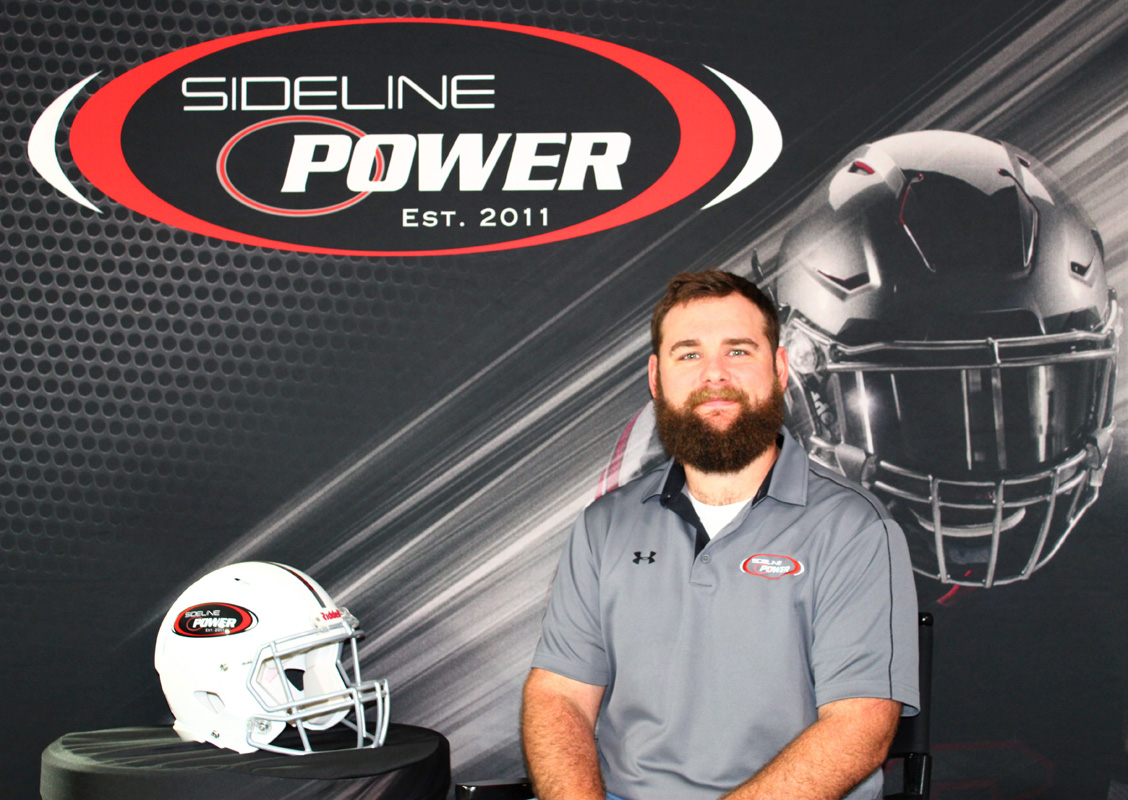 Marc Sheil runs the sales department as VP of Sales and Marketing. A highly motivated individual, Sheil has twice been awarded “Employee of the Year” at Sideline Power. Sheil’s commitment to engaging with coaches and building long term relationships has been a cornerstone of Sideline Power’s business. Even when he’s on the road, he enjoys watching sports whether live or on television. When home, Sheil enjoys spending time with his fiancée and their fur baby, Duke. 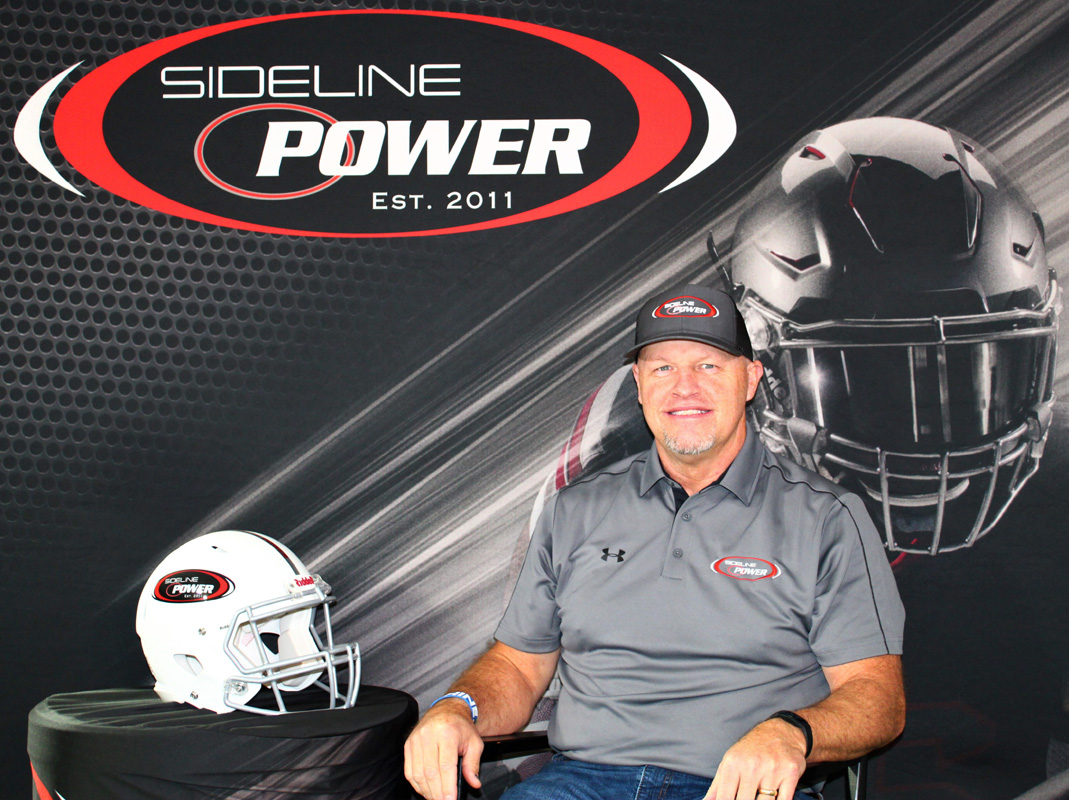 Barry Kitrell brings decades of extensive experience in football as well as professional experience in business, sales, and marketing. Kitrell played collegiate level football for the University of Nebraska at Lincoln, and spent over a decade coaching high school football. While he isn’t coaching at present, Kitrell remains active with his local high school football team as the color commentator for live radio broadcasts. A fitness fanatic, Kitrell owns and operates the largest fitness facility in his area. A devoted father and husband, Kitrell invests free time supporting his family in their activities. When he takes time for himself, he enjoys indulging in a round of Frisbee Golf. With decades of experience and understanding in football, solution-based sales and marketing, as well as cutting edge product portfolios, Barry Kitrell is a solid member of the Sideline Power Family. 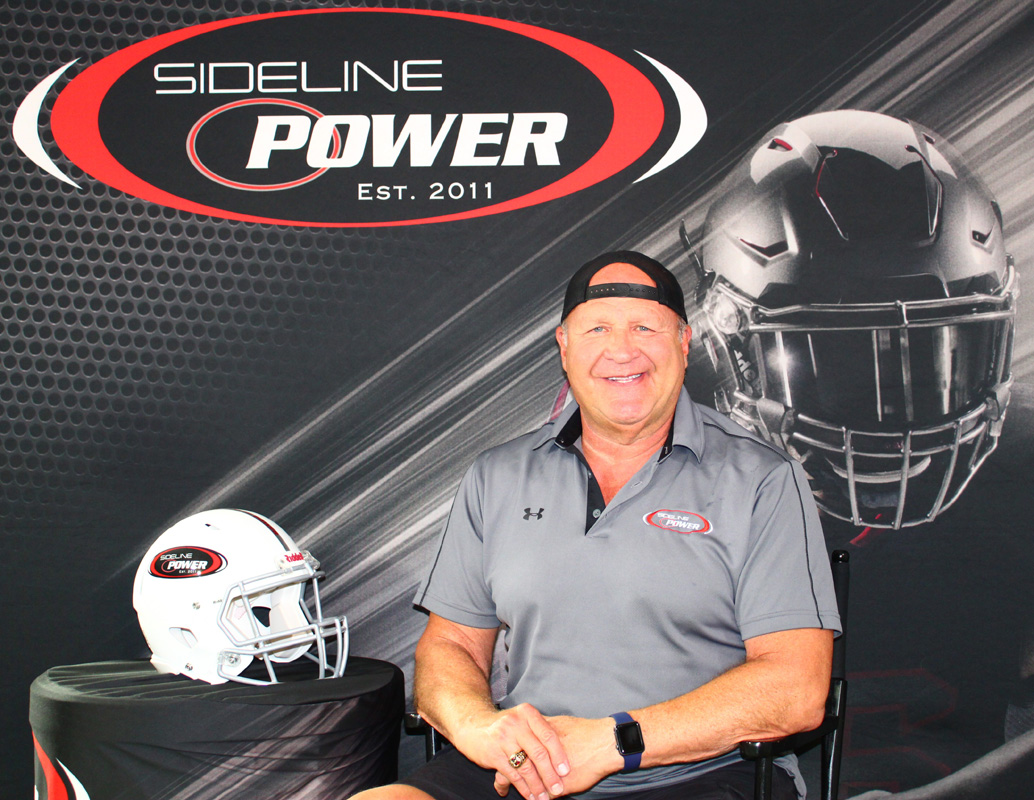 Bill Danenhauer, Director of College Sales, made his career in the industry of football. With decades of experience as either a collegiate Head Coach or Athletic Director, Danenhauer eats, breathes, and dreams football. When Danenhauer isn’t talking coaching communications with other coaches, he enjoys staying healthy and active by training in the gym. 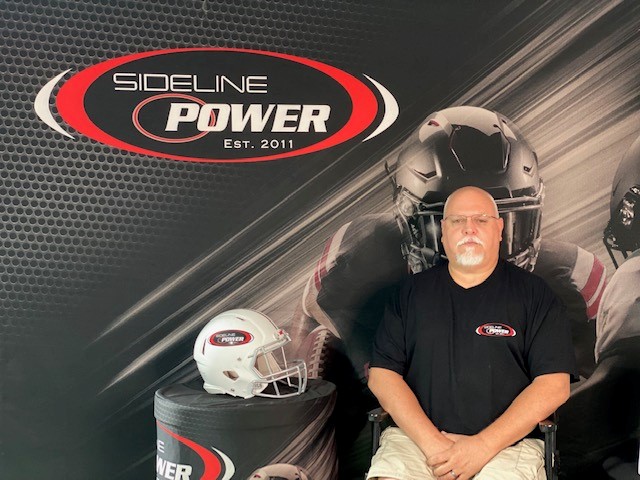 Service and Support Manager, Doug Smith works diligently to get products back in the game. With over 20 years of experience in maintaining a wide variety of technology, Doug’s got things covered. Born and raised in Lincoln, NE, Doug and his wife, Dana, have raised four kids. A tinkerer to his core, when Doug isn’t fixing things in the workshop, he’s at home fixing cars or guns, and taking a moment to connect through photography. Among his bucket list items, Doug says he would love to learn how to fly a plane. 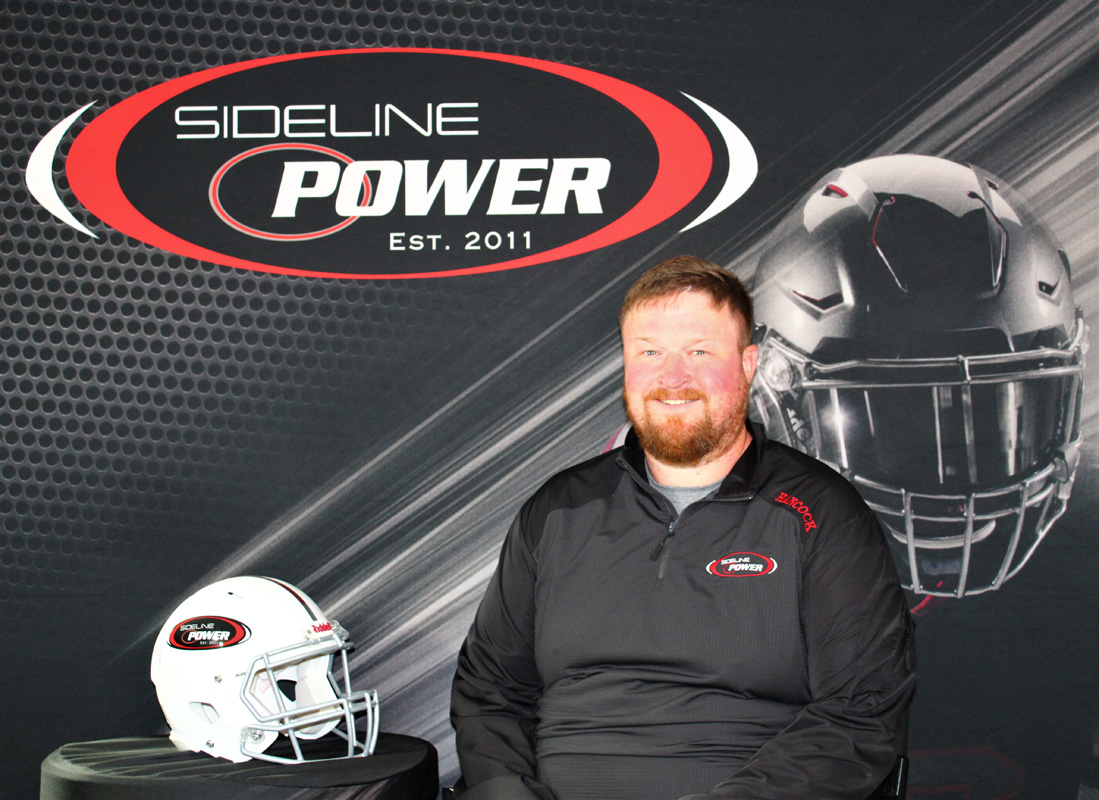 Chris Hancock operates as Drone Specialist for Sideline Power. Whether you have a catastrophic malfunction or just need a little advice getting off the ground, Hancock is there to help.  When he’s not flying or consulting on drones, Hancock enjoys walking his two dogs through nearby grasslands or hanging out with his kids. More into hockey than football, Hancock does still enjoy watching whatever football game happens to be currently broadcast. 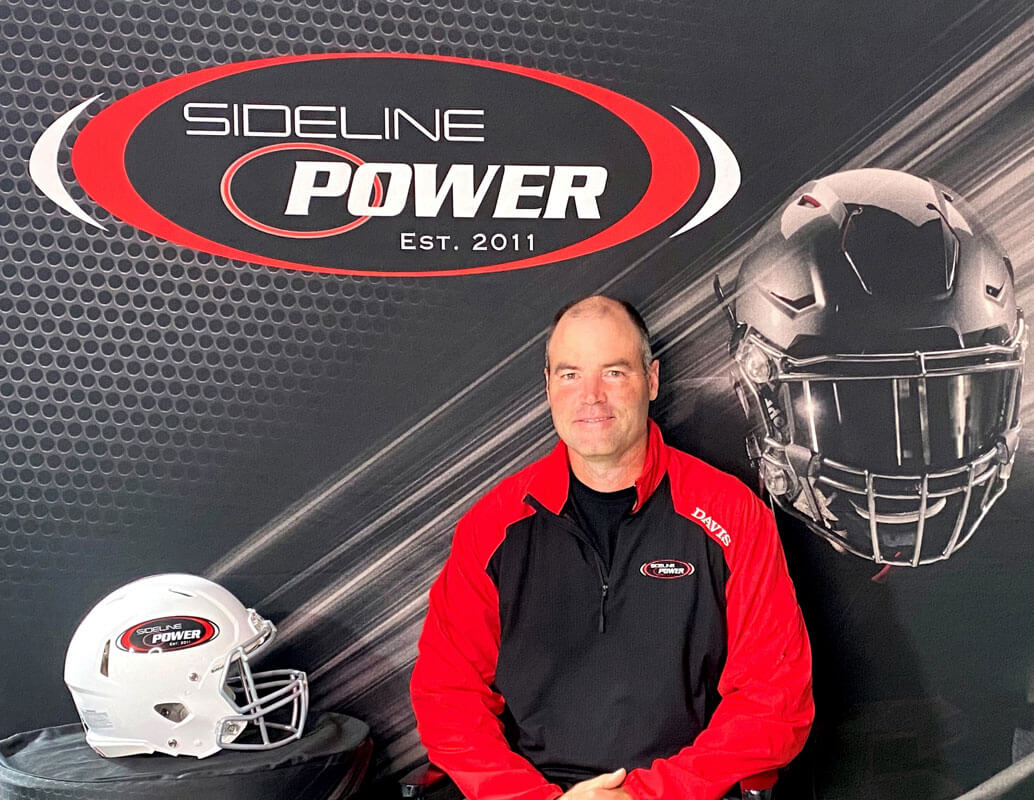 Brett Davis is the guy you go to for clinic information. Clinic Director, Davis gets things #PoweredUP for the Sideline Power Coaches Clinics. Davis’ background in education, his encouraging nature, and commitment to helping coaches win, are all showcased in the exceptional clinics that Davis spearheads and facilitates. Davis spends all his free time watching his own kids excel in their respective sports. 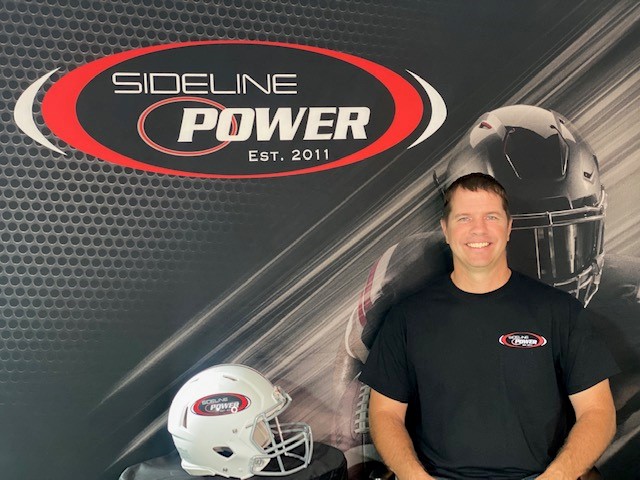 Born in Germany, Jason Kazar moved continuously until his family settled in Manhattan, Kansas when he was a teenager. After graduating high school in Manhattan, Kazar was afforded the opportunity to “walk on” with the Kansas State University football team. After playing linebacker in the 2001 Cotton Bowl, Kazar moved back to Germany to play in the NFL Europe league. In 2004, he was instrumental in the Berlin Thunder’s win of the World Bowl. Returning to the states, Kazar has been involved with coaching football on the defensive side, District Coordinator with HUDL, coaching multiple sports, and teaching at the secondary level. In his down time, Kazar enjoys sharing a pizza with his wife and two boys, watching Jason Bourne movies, and listening to Bruce Springsteen. 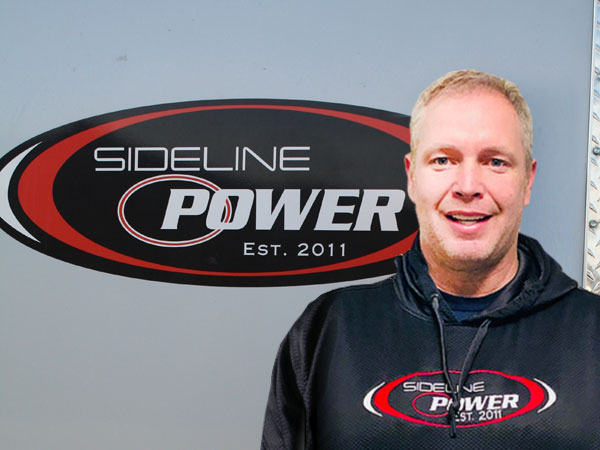 Larry Thexton is the guy to call if you need a Sideline Power representative in Texas. With a quarter of a century of experience as a coach, Thexton has seen products come and go. But once Thexton started using the equipment offered by Sideline Power he was hooked. His passion is introducing other coaches to equipment that solves problems parallel to what Thexton has experienced through his career. During the “off-season” Thexton enjoys supporting his daughter selling vintage clothing online and attending Broadway Musicals with his wife. When he’s not hound-dogging for a new local eatery, Thexton is cheering on his beloved Chiefs. 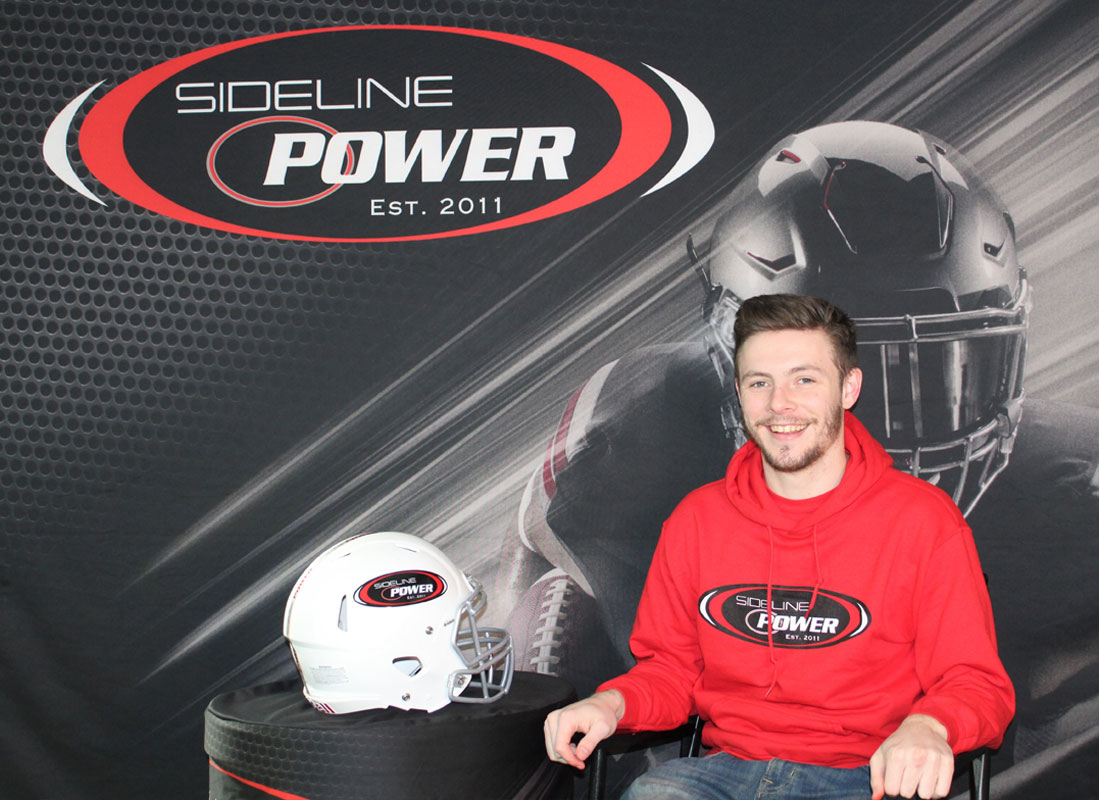 A graduate of Millard South High School in Omaha, Ne, Zack is in his fifth year at the University of Nebraska at Lincoln. Studying ADPR and psychology, Zack brings a multitude of experience in customer service, web design, and social media marketing. In his spare time Zack likes to stay active by playing sports with friends. During down time, Zack enjoys watching movies but prefers purchasing and watching hard copies instead of streaming.